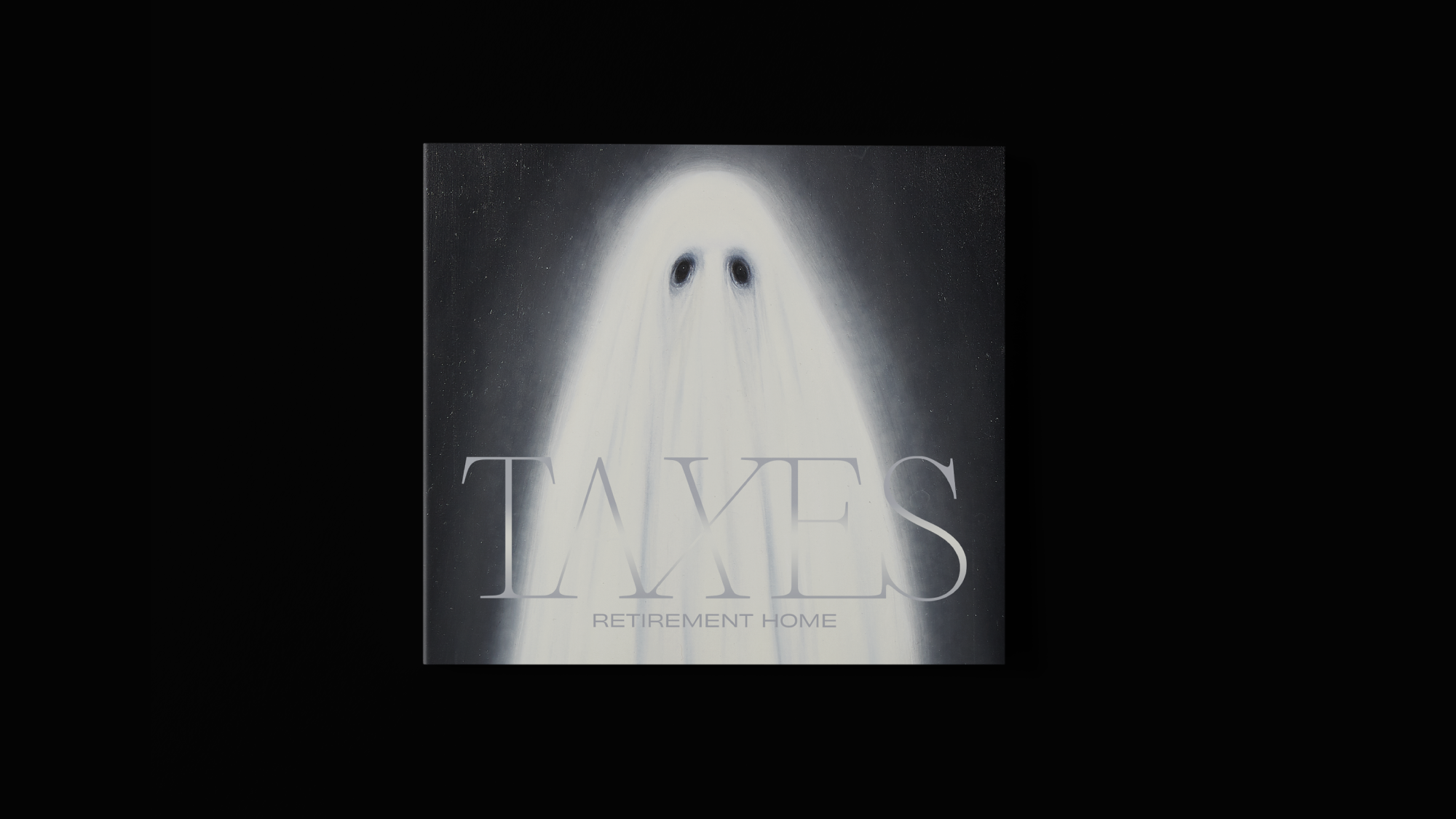 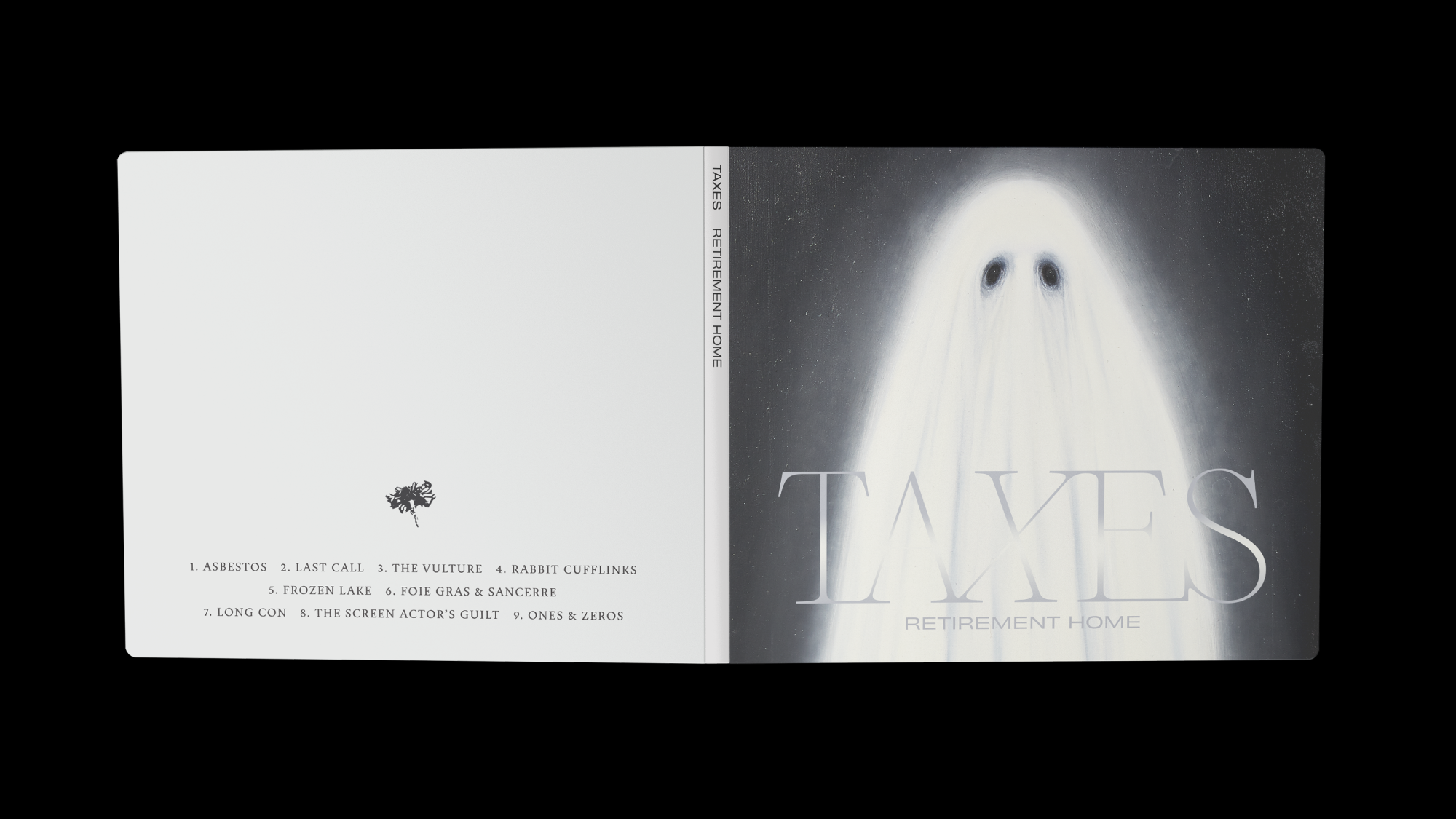 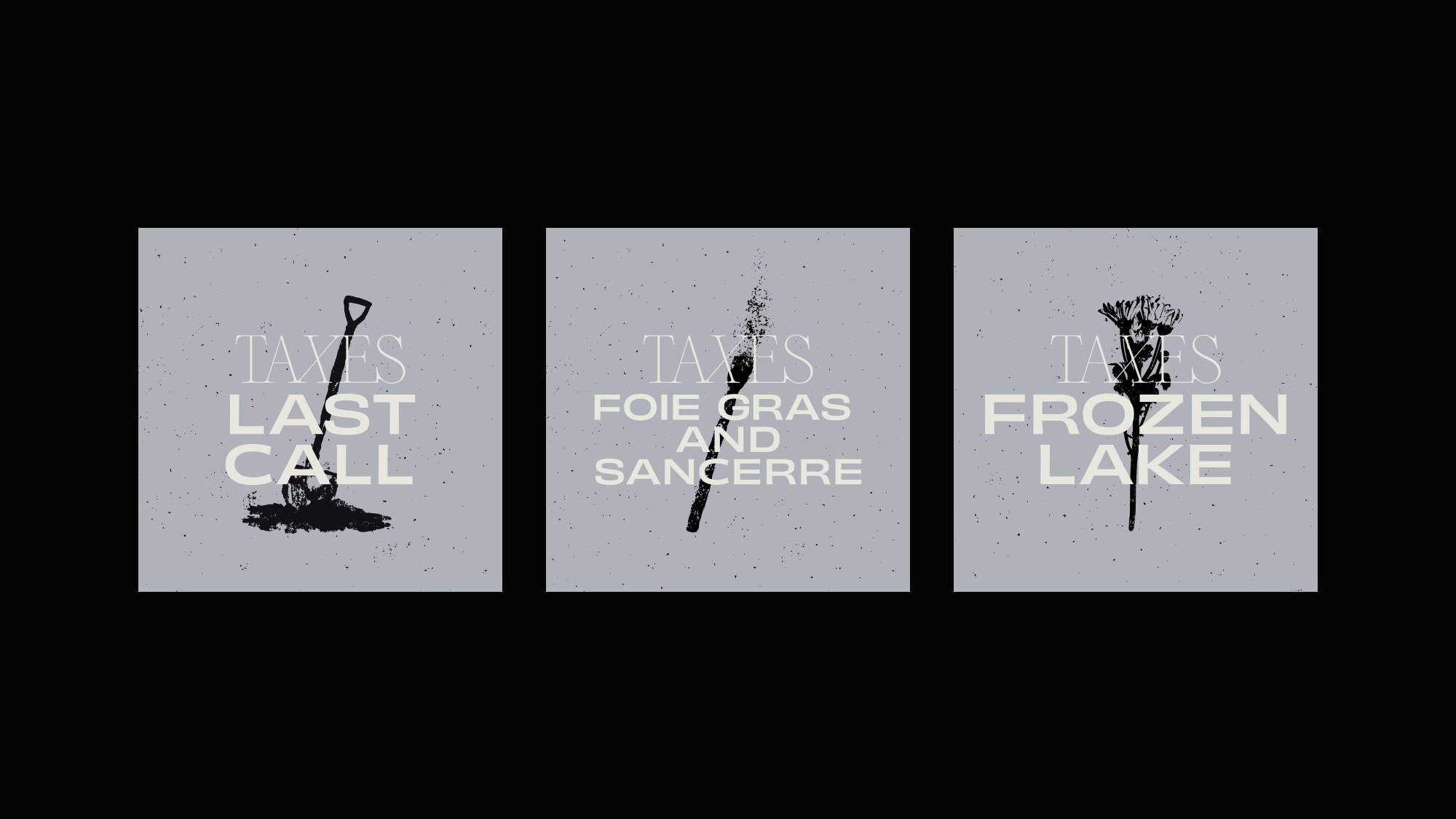 Earlier this year, I worked with San Francisco-based band, Taxes, on their latest album, Retirement Home.  I worked closely with Robby Cronholm, the lyricist, frontman, and creative force behind Taxes, to help bring the album to life by taking the painting he commissioned for the cover and turning it into a fully designed CD that would match the tone of the album and the painting itself.
‍
For this project, I designed within a 4-panel digipak form, and designed an 8-page saddle-stitched booklet of lyrics that rested inside. I created a logotype for Taxes using Sometimes Times by Boulevard Lab, designed the layout for the album, selected colors, and typography, created additional illustrations to accompany the design, and typeset the lyrics within the booklet. Shortly after, I also created artwork for three accompanying singles “Last Call”, “Foie Gras and Sancerre”, and “Frozen Lake”, that visually accompany the album with their earlier releases.

This was easily one of my favorite and most special projects because woring with Taxes has been nothing short of amazing. Also, this is now the second CD I've designed for Taxes, the first one being back in 2014 when I was just 2 years into my career.

More images and details to come!